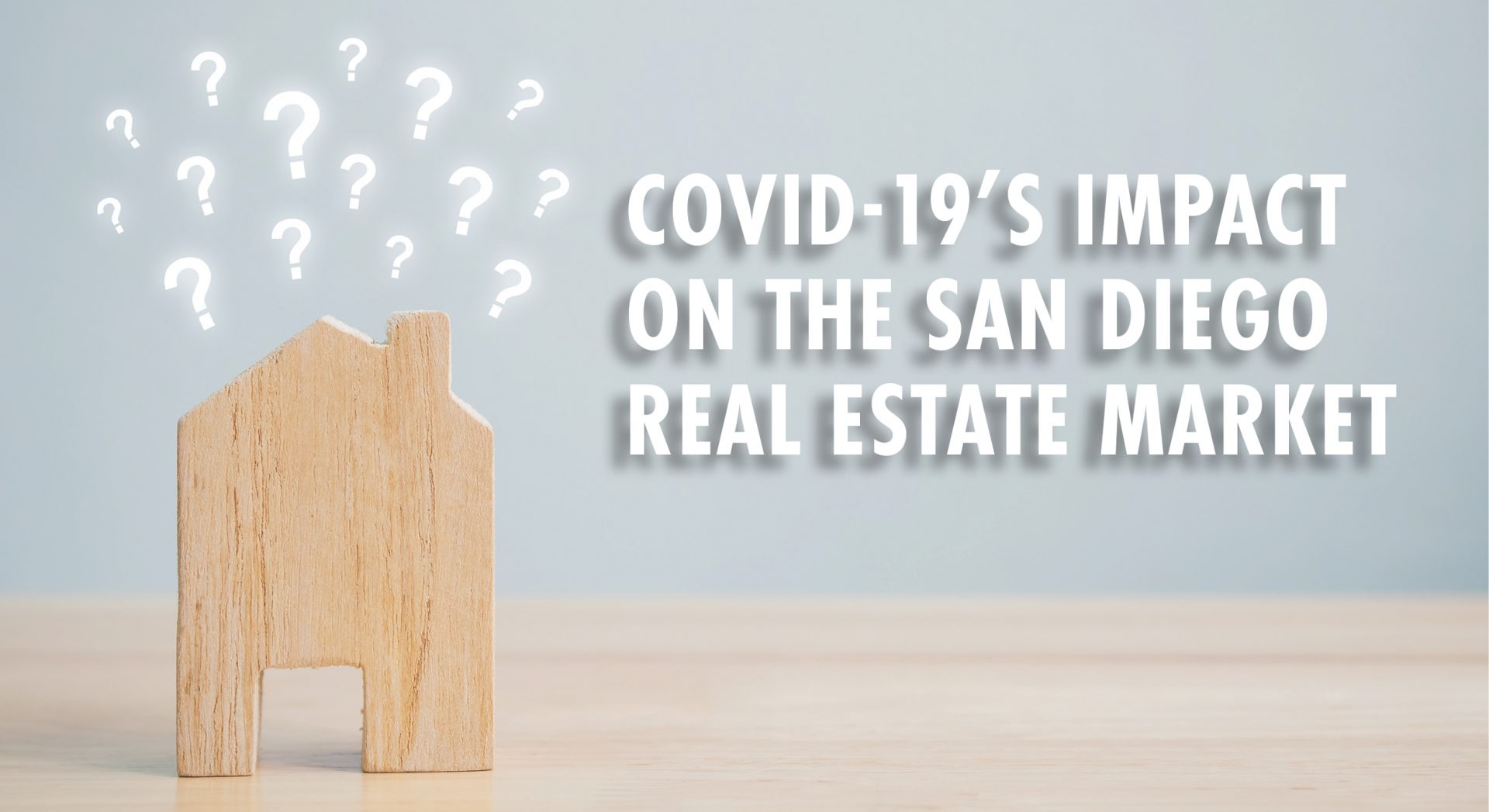 We’re all feeling the impact of COVID-19. Anecdotally, we’ve all seen emptier streets, lower gas prices, and an overall change in the way we interact with one another.

As a real estate professional, I wanted to take the time to show you the real numbers that display the impact this pandemic has had. Since the real estate market is closely tied to overall economic health by all experts, I feel as though it’s my responsibility to report on those.

It should come as no surprise that the impact is there. What’s surprising, though, is that the numbers suggest we may be poised to bounce back at any moment. If you’re thinking of buying or selling a home, I encourage you to look at the figures that follow. In them, we’ve focused on the days between March 15th and April 30th comparing that time frame to the same time frame last year for single family residences in San Diego County. 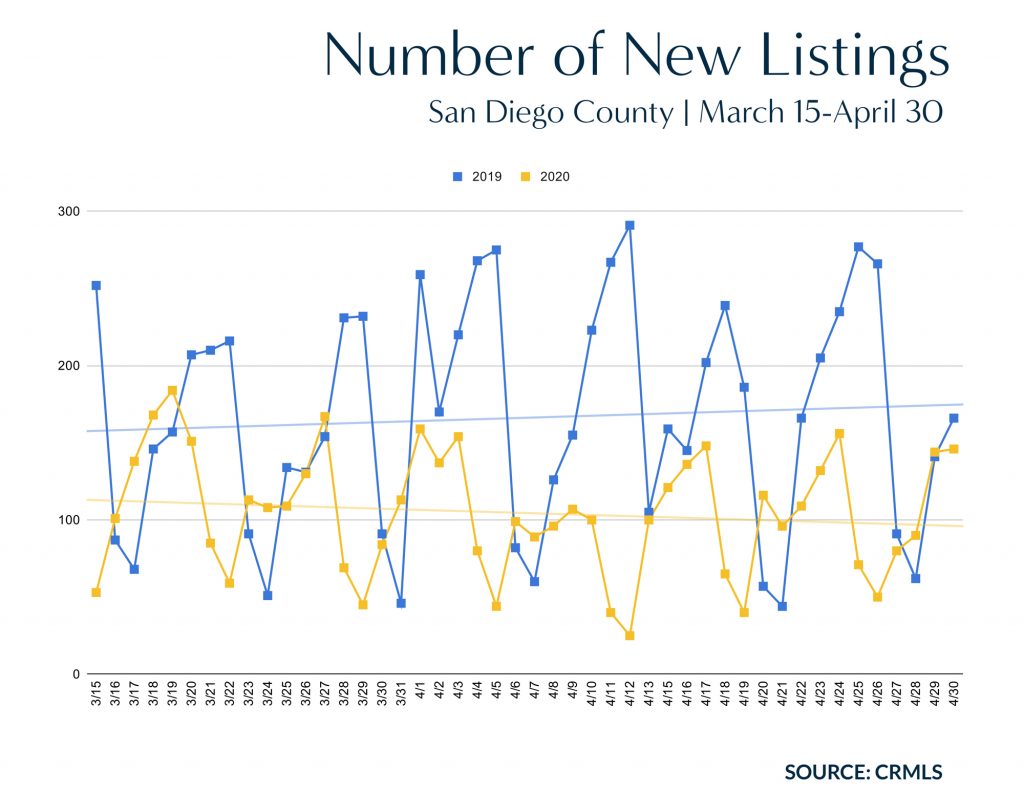 There were roughly 36% fewer properties listed on the market during this time frame compared to last year. This may be explained by the overall uncertainty we were all feeling as the beginning days of SIP orders came upon us. As a matter of fact, up until mid-April, the trend line for new properties to market went steadily down.

If we look what happens after that, though, you’ll see that the trend line begins to flatten! If our County continues on the path toward containment progress that it has, all past indicators point toward a rapid increase of new properties brought to market in the coming weeks. 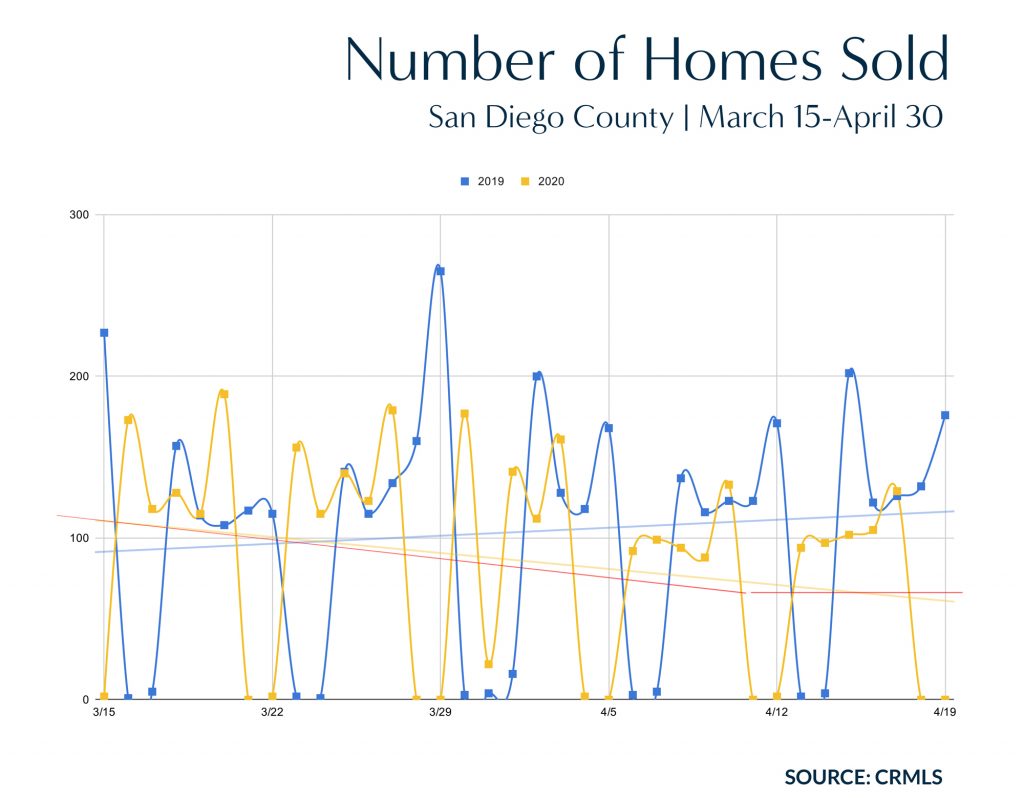 As you’ll see above, the number of homes sold in San Diego County flattened its downward trend roughly five days after we saw the same pattern in number of new listings.

This is perhaps the most exciting thing I’ve seen in reviewing the numbers. Despite there being lower inventory, despite there being lower sales, and despite the idea that some people think homes can be bought for a bargain right now, homes- on average- sold for less than their asking price during this same time frame last year and 25% OVER their asking price since the SIP orders were conveyed.

What does this mean for you?

That depends. If you’ve been thinking about placing your home on the market, the data indicates that we aren’t very far away from a steep increase of available homes for sale. The number of people thinking of selling their home remains comparable year over year, but the pandemic has caused many of them to wait- thereby accounting for the drop in comparable inventory. If you wait another 45 days to list your home, you may very well be one of many to do the same thing.

I firmly believe that the best strategy is beat the competition by exposing your property now, while those that need to purchase are purchasing.

If you’ve been thinking about buying a home, mortgage rates are at unprecedented lows, and they won’t stay that way forever. A spike of just 0.5% in your interest rate can result in $300 (or more) added to your monthly payment.

Whether you’re buying or selling, I believe we’re in the lull before a storm of activity. It’s a rare time where it could be equally beneficial to those on either side of the transaction to make their move. 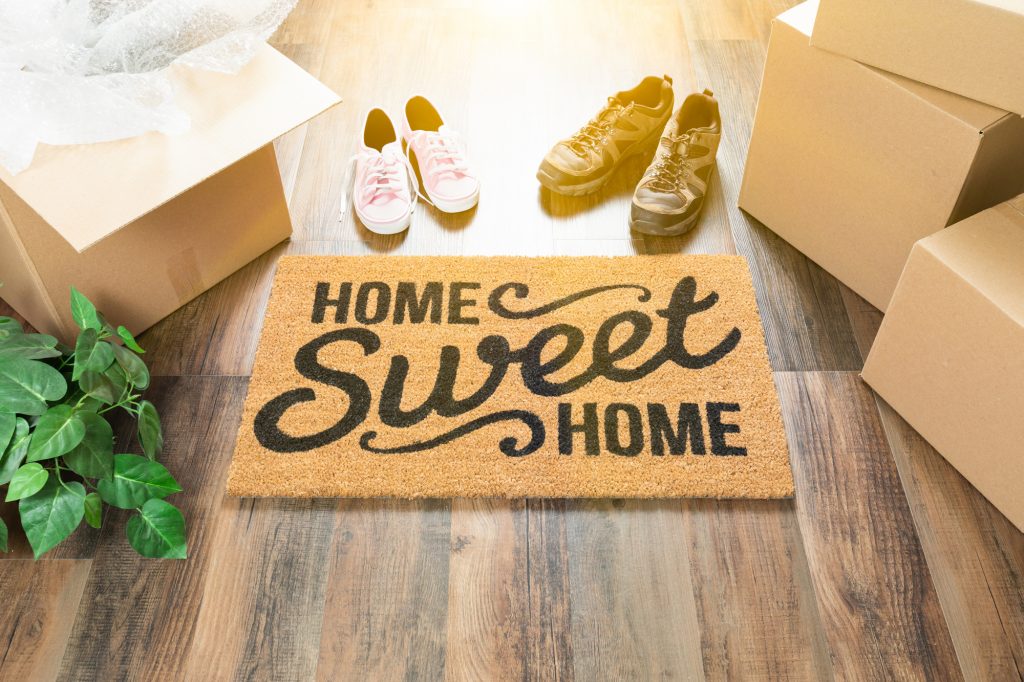 5 for Spring with Brandon Smith 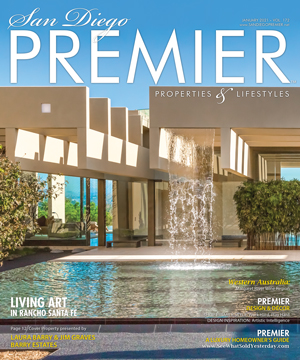 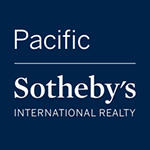